Is it hamma time already? Get the axe baby 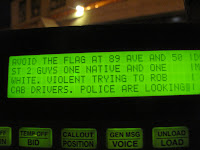 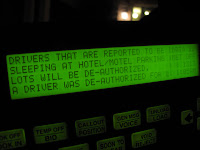 I drove a girl who told me that Alberta is going to loose it's social health care program. She said "It's stupid conservative Alberta." I agreed. She was a communist and she worked for our sellout government. Our Government is a whore. Not much else happened. Relaxed night. No one acted bad behind my bullet proof shield. I did have a call to an address that I ditched once. The guy took to long so I drove off. Well tonight as I drove up to the apartment building I realized that it was the same address. I was hesitant but I called them to say "I'm here, like it or not I'm here." The guy remembered my phone number. He was upset with me but still thought I was one of the best cabbies in the city. I felt bad for ditching him a few weeks ago. He called the company not me so the level of service though unmatched by any other Edmonton cabby was not what he would have had had he phoned me directly. I treat my customers like royalty. Why? because they chose me over the corporate pig. Fuck you people, is there any other job as interesting, exciting and fast as taxi. Yes, the army but not law enforcement that's for dirty rats that allow intoxicated drivers to exist. Imagine being a rookie cop.......I was going to be mean but who the fuck am I to judge. Imagine having a gun to shoot. Peoples wallets are squeezing tighter and tighter.BANG 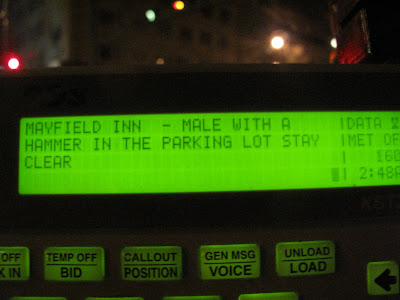 Hey man. I was a taxi driver in Michigan for 6 months or so, about 35 years ago. I actually loved jocking around for fares. In the beginning I was on the night shift. Dealt mostly with drunks. Two drivers were robbed and killed in another town while I was doing it. A little scary, but it didn't keep me from doing it.