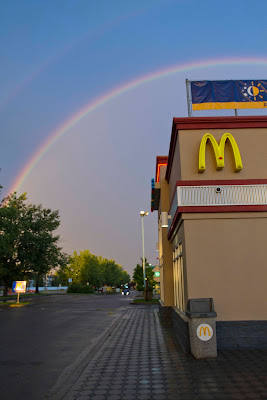 I woke up again, I was alone. It was sad, such a sad situation. "I'm sorry for being, such a joke!" It was the most absurd thing I could have thought to say. Neither of us was that forgiving. I didn't really want to be heard but I was scared, so scared of feeling even more alone. We'd been together for so long that we were just a thing, one thing. Good or bad we were together. "Why'd you listen to me!" That's all I could think about. So there was someone else. We were together, so? You had somebody ready. Someone like me, except better, thinner, taller, "Yeah, you did it, for me to leave you!" We were this couple, and I ah... "Forgot why I didn't want to be alone." So you found someone else, "What do you think that's gonna be like?"
I know, so I wanted us to use protection. I wasn't ready for the consequences. It was because of you too. You looked good, though, that night. And we were right, together.
"So, why did you leave?" We didn't know each other. I had lots of other lovers, before we met. I didn't think that one person was going to make me happy. But that first night, I ah....stayed. When I woke up, it was official. Least for this long.
"How long has it been?" That's a funny question. Well a year before we met my daughter was born. That was something, I wasn't ready for. Neither of us were. And the adoption, hurt. I was alone after that. Except that night we were together, and I forgave myself. There we were.
"Spent the night?" Yeah...biting my nails. Grinding my teeth. I felt it happening again. After the sex. We slept, and I had no where to go. So I stayed, I wanted to love, I was responsible enough to try. I was the only one of us that was ready. It was something inside me. Finally, it was like a liberty. It wasn't my place but I stayed. Trust me, I knew we were gonna fight right from the start. We liked it though. There was sex too. It was a different kind then the other kind. It was the right kind. For me, from the first time. "It hurt the moment we got dirty, remember?" that's when I found out that there was someone that could love me. It didn't hurt me though. Not like it hurt you. To be in love.
The Blood in the bath tube, scared both of us. Looking back I never understood how non of the blood ran along the floor. The water was red. We we're both so scared. "I love you!" I remember hearing it for the first time. It was such an awkward moment, it was the type of moment you could tell was real. The tears were the icing on the cake, but who knows, it could have been the tear.
"What' happened here?" the doctor said with a smile. It wasn't that bad, it happens, but not all the time. I had to go to work, so we drove home. Patched up, in love.
"Whatever" I have to get some sleep.
Posted by Bum Atom at 11:15 PM